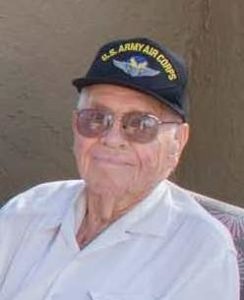 The SFVBA is saddened to report the December 26 death of retired Judge Donald H. Foster.

A long-time member of the Bar Association, Judge Foster died on December 26.

Judge Foster served as a pilot in the Army Air Force during World War II and later worked in radio and the insurance business before attending Southwestern Law School on the GI Bill. “Becoming a lawyer was prestigious,” he said, years later. “It provided many opportunities to influence society and continue with public service.”

He served as an attorney on the legal staffs of the Auto Club of Southern California and an insurance company before joining a top workers’ compensation firm. Judge Foster was appointed a Workers’ Compensation Judge in 1972 and retired from the bench in 1991.

A funeral service is planned Saturday, February 23, at the Woodland Hills Presbyterian Church.