SFVBA Board of Trustees Election to be held September 10 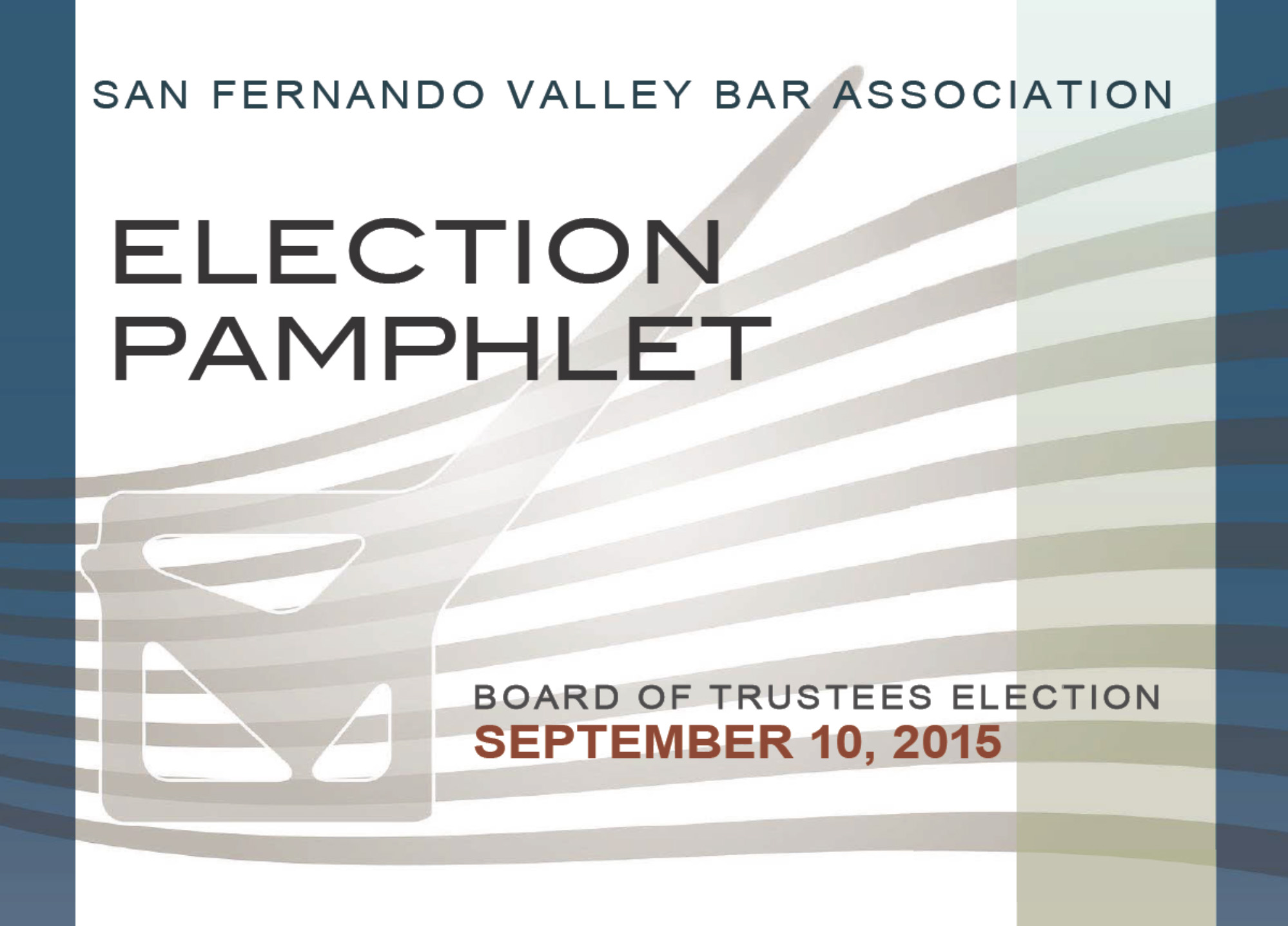 The San Fernando Valley Bar Association will hold its annual Board of Trustees election on September 10, 2015. Bar members were first introduced to the candidates for Board of Trustees in the July issue of Valley Lawyer which can be viewed by clicking here.

The official Election Pamphlet with candidate statements was published as a special insert in the August issue of Valley Lawyer. The Election Pamphlet can be downloaded by clicking here. Ballots were mailed to members August 10 with instructions to return them to the SFVBA office by September 10.

The San Fernando Valley Bar Association is excited about the slate of candidates running for seats on the Board of Trustees this year. The candidates reflect the broad diversity of backgrounds, experiences and areas of practice among Valley attorneys. The annual election will allow Bar members to play an active role in determining the association’s leadership and will result in a Board of Trustees that is representative of the SFVBA’s membership.